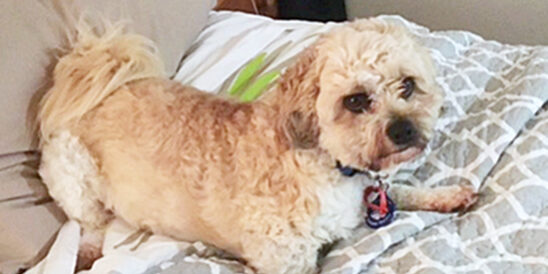 As promised just a few photos to show how well Milo has settled in. -it’s like we have had him forever and we just love him.

He is being thoroughly spoilt by the “kids” and sleeps on one or the others bed at night. He has his chair during the day or Luke’s bed. He loves his walks and is definitely one for company. Luke in particular is his GO TO person.

That poor duck you sent him with is the definitely the worse for wear now but despite being sewn back up more than once is still going strong – he loves it so!

We also discovered he loves to bury things – yes including the socks- and thanks to the lovely weather we have been having he has had a dirt covered nose more often than not -( nothing a flannel can’t fix !). I am sure the bones he buried will re surface one day soon -along with Dads Lost Sock!🙄

Anyway hope you don’t mind but he will not be coming back to you anytime soon -not at all in fact. If you are ever our way and we are home please feel free to come in for a coffee and say hi.